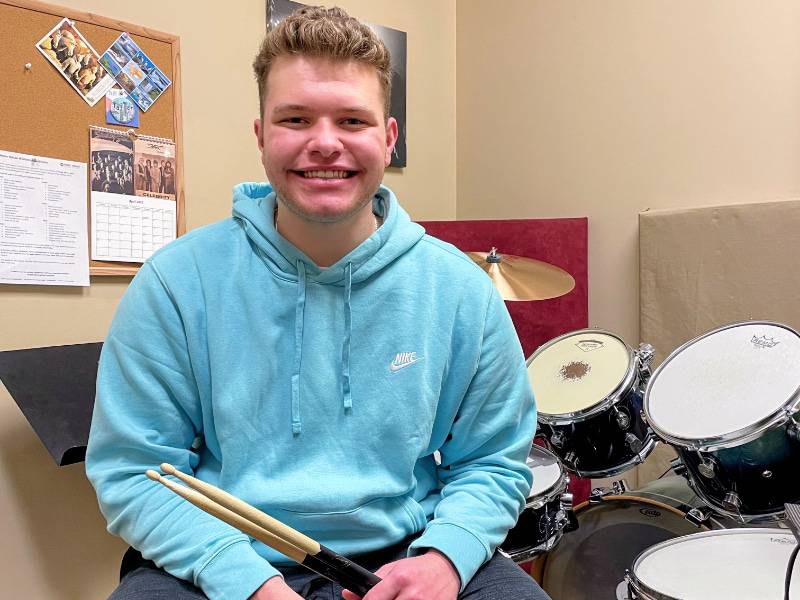 Jordan Funk has been a drum student at Music House for about 7 years now. And now he's off to KU next year to study mechanical engineering. It's hard to believe that the little guy who started as a beginner with us is already a young man with a bright future. We're sure going to miss him

"Jordan's love of music, his persistence, and the fact that he always seems to be able to find time to practice, have been the keys to his successes," says his drum teacher Steve Thomas. "I will really miss having him as a student!" 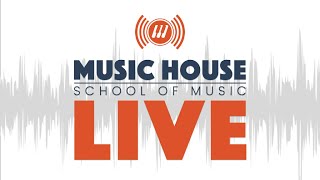 And here's what Jordan had to say when we interviewed him last week.

I play the drums. I also play baritone horn in school.


How long have you been studying the drums?

I plan to join the marching band at KU. I also want to find some musicians to play the drums with. Maybe start a band. I guess we'll just see what happens!

The first performance with my band. The first time playing in front of a live audience was at first intimidating, but after things got rolling, it was a blast!


What advice do you have for Music House students who are just starting to learn to play the drums?

Don't give up right away if it gets challenging. With persistence and hard work you'll get over that initial hump and it gets easier and a lot more fun.

Just coming in every week and grinding it out on the drums!

When we were working on a song that had some harder parts in it, our band teacher, Josh Johnson, said, "Don't worry about it, we're going to take it one section at a time."

At one of our band performances about a year ago we were going to play "For Whom the Bell Tolls" by Metallica. The entire band was nervous about it and we weren't sure if we would be able to pull it off. It ended up going over great and afterward everyone was blown away with how well we played it!