Practice: Essential, But Does it Make Perfect? 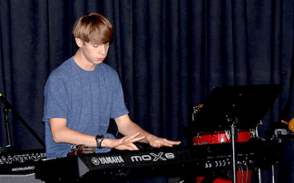 Does practice make perfect? Yes and no. Most of us have heard of the 10,000 hour rule made famous by Malcolm Gladwell in his book Outliers. Basically, the rule states that 10,000 hours of practice equals mastery. Put in the time and achieve greatness. Simple. However, any musician who has tried to achieve greatness knows that there is a lot more to it -- something so elusive that it seems almost magical.

Art is a cultural phenomenon. In other words, it's social. And music is arguably the most social art form of all. So it's only natural that a musician’s ability to perform on a high level has a lot to do with how he or she functions in the very social world of public collaboration and performance. 10,000 hours of practice will definitely lead to enormous amounts of technical proficiency, but all the proficiency in the world won’t equal greatness if you don't know how to get out of your own way. A performer who constantly self edits (“that note I just played wasn’t right,” “that rhythm coming up is tricky”) won’t be able to reach the state of “flow” necessary to operate at an extremely high level. The same is true in sports (another extremely social craft). Imagine LeBron James analyzing and critiquing the mechanics of his body as he sails, mid-game, into a layup. The human mind cannot consciously process that much information that quickly. Any attempt to do so will "get in the way." Instead, something unconscious happens. LeBron James, or any great musician for that matter, has to trust himself and shut down the inhibitory response to doing something extremely complicated. Those 10,000 hours of practice have created all the neural connections and associated muscle memory needed to perform the task, but only if the mind can relax enough to let it happen. This takes an enormous amount of self confidence coupled with something even more elusive.

Last year brain researcher and musician Charles Limb (he’s a professor at both Johns Hopkins Medicine and the Peabody Conservatory of Music) put himself and some other extremely accomplished musicians in an fMRI machine while they played piano. What he found, not surprisingly, was that their brains lit up like christmas trees. But he also found, in every case, that there was a broad shutdown of activity in the lateral prefrontal cortex. This might seem strange until you consider that this area of the brain controls self-monitoring and regulation. In other words, these musicians had all developed the ability to get out of their own way.

So how did they develop this elusive ability? The answer is by constantly putting themselves in situations in which they had no choice. In the practice room, there are endless opportunities for self analysis. You can can stop and start over at any time. Playing with or in front of others, however, is an entirely different animal. There is no turning back, no room for self editing, coupled with a constant stream of information — the music itself, the responses of the other musicians, the audience etc. You’re committed to seeing the music through, no matter what. And the more often you put yourself in these kinds of social situations, the more you train your brain to achieve this active, yet peaceful place often referred to as the “flow” state.

This is why at Music House, we never educate a student by simply giving him or her private lessons. That's part of what we do, but music is not a “private” art form. Learning the art of music is about learning how to interface with the world while remaining comfortable in your own skin. Technical proficiency is important, but there's something much deeper that occurs when you embrace the social foundation of the art form. What can be gained far exceeds anything that can come from 10,000 hours in a little lesson studio or practice room.