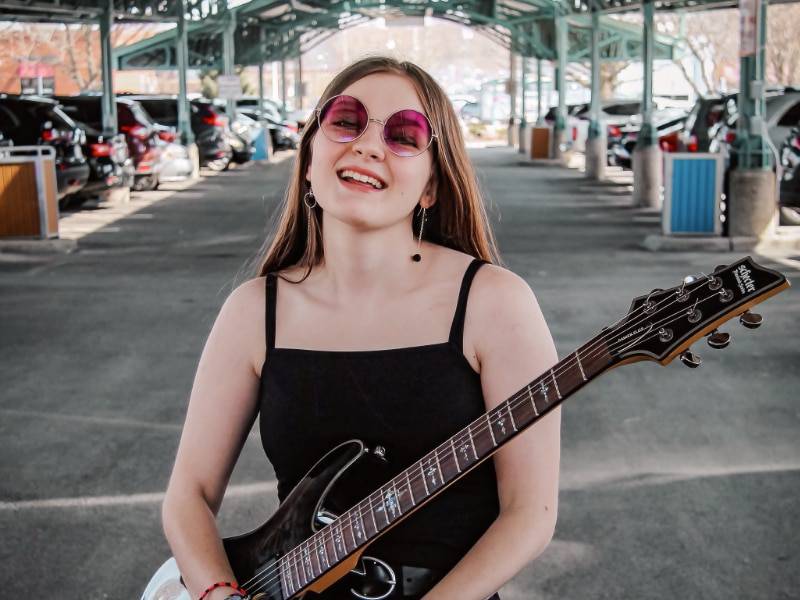 Jordan Mefferd started out with us as an absolute beginner. Now, five years later, she's an accomplished guitarist and singer. She's also a kind, sincere, and dedicated young woman of whom we're very proud. She's graduating from high school this month and has plans to go to JCCC and then to Wichita State to study music or psychology.

Here's Jordan performing a cover tune on her youtube channel. 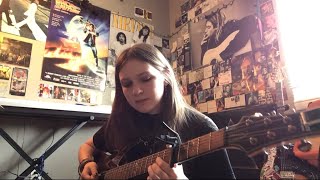 And here's what Jordan had to say when we interviewed her last week.

I'm a singer and a guitarist and I also play the ukulele.


How long have you been studying music?

For about four years or so.

I'm going to JCCC, but I plan to go to Wichita State after that. I'm going to major in either music or psychology.

Once, while I was performing with my band at a Music House concert, kick drum broke. While they were fixing and testing the kick drum, the bassist turned it into a musical moment by playing 7 Nation Army in time with the kick drum!


What advice do you have for Music House students who are just starting to learn to play?

Learn from your fellow students!

Since I'll be close by, I plan on continuing my lessons at Music House after graduation.

When my band played "She" by Green Day. We played it so well!