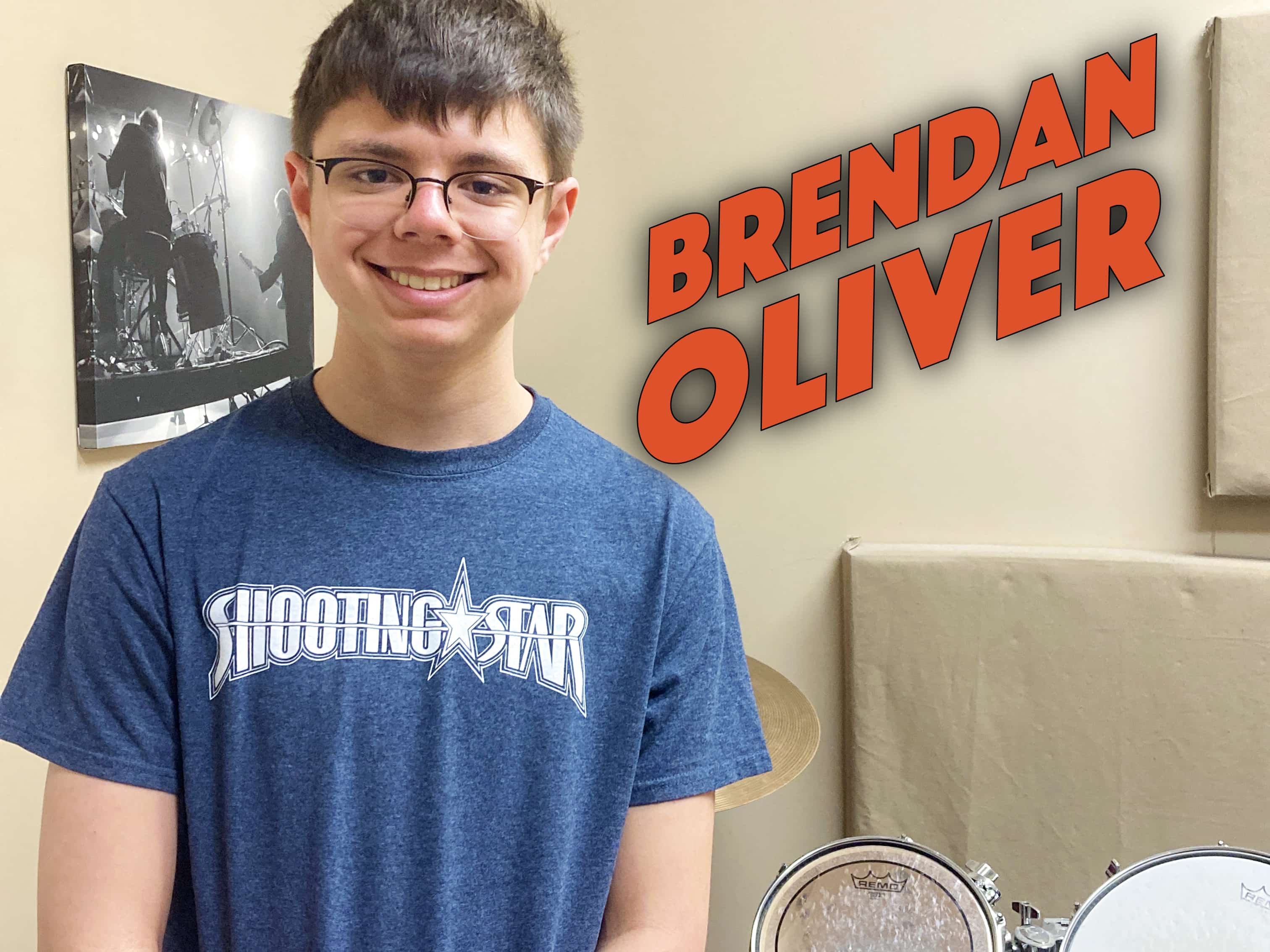 Brendan Oliver started with us as a beginner and then climbed his way to the top. He not only plays drums in our jazz combo, but also holds the drum chair in one of our top-level Mastery bands. Yes, he's talented, but more importantly, this young man has a strong work ethic.

"Brendan has a love and passion for music that is off the charts and always finds time to practice," says his drum teacher, Steve Thomas. "He not only listens to ALL styles of music, he spends enormous amounts of time looking up the artists online to find out more about them. In fact, most times I find it very hard to "stump" him with a music trivia question!"

Here's what Ryan had to say when we interviewed him.

I play drumset as well as a lot of percussion instruments in band at school. Also 4 years in the marching band.

My plans now are to go to JCCC and work full-time at Best Buy to make some money.

I plan to continue to play drums and start a band on the side. It would be cool to be able to play around town for fun and make a little extra cash.

One of the coolest things that happened to me at Music House was when my jazz band won the People's Choice award at the Battle of the Bands and we got to play a gig at The Bottleneck in Lawrence! Another great moment was when the lead singer in the Mastery Band I was playing in, left the band with less than a week until we were to perform at this year's Battle of the Bands. With only one rehearsal left, we had to completely change our set to only instrumentals! We decided to just go for it! When we performed at the Battle a few days later we ended up winning the Judges Award for Best Band!

Practice! Just because it doesn't happen right away, doesn't mean it won't. It takes time and it doesn't happen overnight. It will be so worth it in the end. Once you have mastered your instrument, it won't be a chore. It will just be fun!

Being able to just show up at Music House with my just my sticks and be able to sit down at a drum set and play music with my friends. Everything is set up there and ready to go.

Don't overplay. Keep it simple, play what works for the song and not for yourself.

The chemistry between the band members and that feeling of the response from the crowd as they were cheering at the end of the show!