Who's Your Guitar Hero? 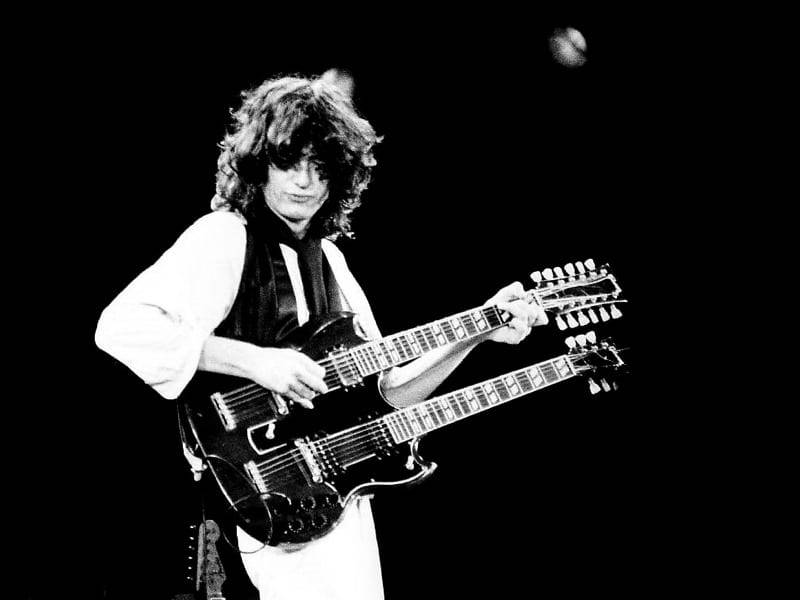 In looking back at music throughout history, one thing keeps coming up. Every great musician was influenced by other musicians who came before them. While they were influenced by others, you would never say that they just copied each other. They took in the music they loved, and it shaped the kind of music they made.

This is definitely true of modern rock guitarists. Early rock & roll guitarist Chuck Berry was influenced by Robert Johnson, one of the most famous blues guitarists. Chuck Berry went on to influence The Beatles. Eric Clapton was influenced by Muddy Waters, who defined Chicago Blues with his song “I’m Your Hootchie Cootchie Man.” The list of guitarists who include Eric Clapton as one of their influences is long, and includes Eddie Van Halen, Joe Satriani and Johnny Lang. Phish guitarist Trey Anastasio is quoted in the BBC News, as he inducted the band Genesis into the Rock And Roll Hall Of Fame, as saying it was "impossible to overstate what impact this band and musical philosophy had on me as a young musician. I'm forever in their debt."

The guitar teachers at Music House all have their stories of how they got started playing guitar, and who some of their early influencers have been. Here’s a few of their stories, in their own words. Maybe you or your child have been influenced by the same artists. Listen to some of the artists who influenced them, and you might find your music taking new directions.

If you are a guitar student, you too will be influenced by the music you listen to. If you only listen to one genre of music, you might want to try expanding the artists and even genres you listen to. Explore to find out what you like, and when you discover something new that you love, try playing some of that music. What you like about other music will influence the way you play cover songs (you’ll “make it your own”) and will “show up” in your own music that you write.

Just as famous guitarists, and Music House guitar teachers, had their music influenced by those that came before them, they will be the influence on the next generation of guitarists. Who will have the biggest influence on your music as your style evolves?

Who are your guitar heroes? Want to learn to play like them? Check out Music House!

Terri comes to Music House with extensive experience in business management. At Music House she spends her time working to make the client experience the best it can be.
Newest Stories
Related Stories
Tag List
guitar teacher
guitar lessons
guitar