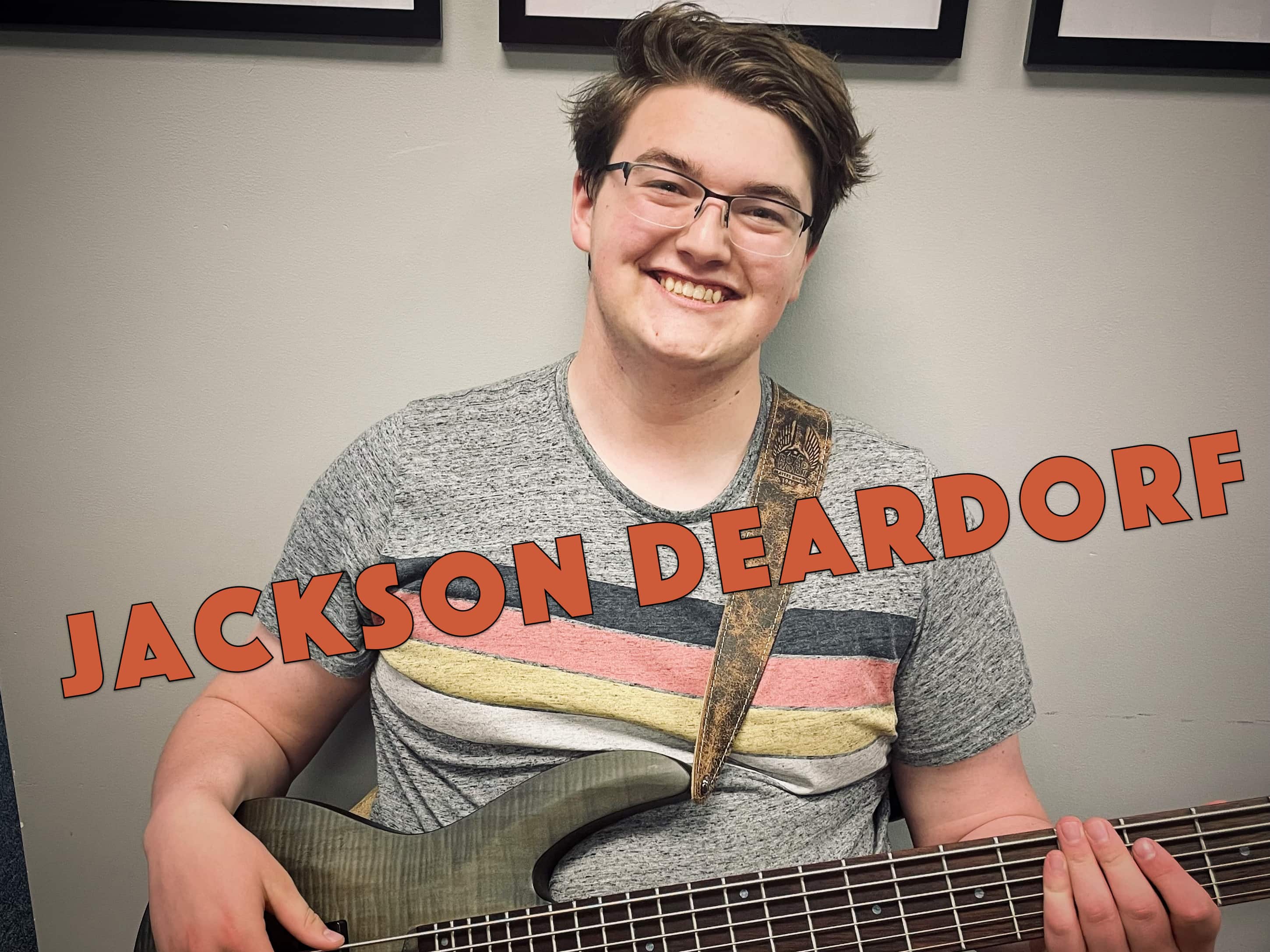 Bass student Jackson Dearforff is a quick study. Within two years he's climbed his way from beginner all the way up to being a member of one of our top-level Mastery bands. This summer he'll be touring with hip-hop artist Tre' Mutava and then he's off to College at K State. Jackson's teacher Guilherme "G" Vaz says to "keep an eye and an ear open for this guy. He may be on your dial or feed soon!!!"

And here's what Jackson had to say when we interviewed him recently.

I play bass, drums, guitar, and I sing.


How long have you been at Music House?

I will be going on some tour dates with Tre' Mutava in the summer and will certainly play some music, not sure how, with whom, or when.

The moment I realized every week I was bringing a new tune instead of working on something in class and bringing it back. (Note from his teacher, G: He's actually being a bit conservative...he usually brings two or three tunes and we just polish details these days!).


What advice do you have for Music House students who are just starting out?

Just keep putting in the time! It always seems harder than it is at first, but with enough time and dedication, you will go farther than you ever expected you would!