Choosing the right musical instrument for your child can be a daunting task. What will it cost? Does it suit my child's taste, temprament and physical build? Will the sound of it being regularly practiced drive me insane? They're all important questions, but make no mistake: making a good choice is crucial to a child's success. Forcing a child to play an instrument rarely leads to anything good. Here are some components to consider when helping your child choose the right instrument. 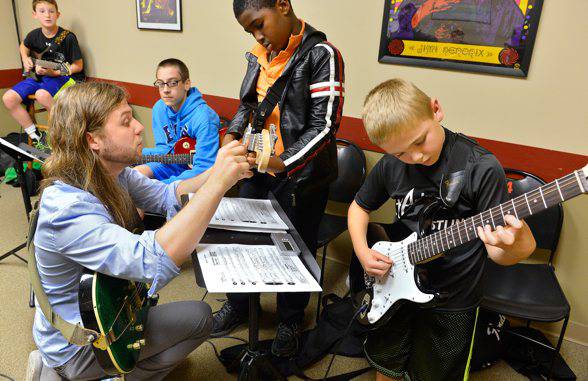 The first thing to consider is your child’s age. If your child is younger than 6, seek out a group introductory music program. Physical limitations alone will usually frustrate children that young. Between ages 6 & 8, go with piano. Piano is always a great “first” instrument. Since the piano keyboard is set up exactly like the musical staff, it makes learning notes and understanding music theory very intuitive and natural. PLUS, you learn how to read both the Treble Clef (high sound) and the Bass Clef (low sounds). So, if your child ever wants to try another instrument, he or she can choose just about any of them and already know the language.

At about age 9, a wider world of instruments opens up to students. There's a reason why most schools don’t offer band until that age — many instruments just aren't developmentally appropriate for the majority of kids until that point.

Another thing to consider is body type. Test whether or not your child enjoys holding the instrument. If it immediately seems overpowering and limiting, you might want to consider something else. While this seems like common sense, it is often ignored because children imagine themselves playing the instrument before they even hold one. Sometimes the desire to play a certain instrument can trump the limitations; however, it’s better to start with an instrument more compatible with your child’s body.

Is it love at first sight?

Of course, sometimes the match is simply a matter of love at first sight. Consider this experiment: What would happen if you filled a room with musical instruments and then unleashed a pack of 8 to 10 year olds? The speed at which some kids run directly for a particular instrument might surprise you. We at Music House have actually conducted this experiment many times in the form of “instrument petting zoos” at local elementary schools. Children can be strongly drawn to an instrument based on some fairly random factors.

The luck of the draw

And then there are the random circumstances of life that can lead the way to a particular instrument — whether a kid can reach a piano's pedals or a guitar’s lowest frets, for example, or if, in the case of an aspiring brass player, he or she has braces or has adult teeth coming in.

The most important thing to remember when choosing the right instrument is this: don't try to anticipate which one would garner the best chance of a college scholarship, or which is the most popular choice among schoolmates and friends. If it's a "love match," the kid is more likely to stick with it. That's not to say that every day will be easy, of course — but if the child enjoys the sound and feeling of playing the instrument, all the better.