Most musicians chose their career paths before even finishing grade school. It's kind of fascinating, isn't it? How does someone know his or her destiny at such a young age? The answers are pretty interesting. Enjoy volume 2 in our series of origin stories, straight from the mouths of our esteemed teachers. More to come soon.

As a child, she'd have jam sessions with her entire family. How cool is that? 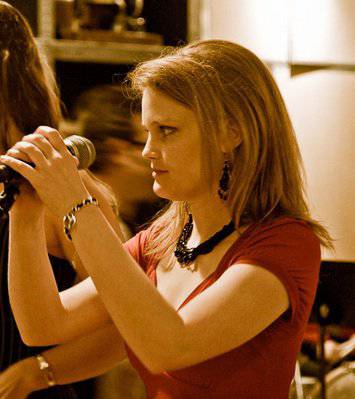 My mother tells me that I was singing Edelweiss from my highchair at eighteen months old. When I was four, my babysitter was also a Suzuki piano teacher and one day, I just went to the piano and started playing a song that one of her students had been playing. I loved playing the piano, but after I started playing clarinet in middle school band, I discovered that it was much more fun to play an instrument with my friends. It wasn't any fun to play piano by myself. My family often played together as a band as everyone played an instrument. When I was in high school, we made our own praise and worship band with some of the other teenagers from our church. I was obsessed with writing harmony parts for our line of singers. Eventually, I decided to focus on singing when I was in college and had to declare a primary instrument. Of course, now I get to play and learn all sorts of instruments all the time as I have great learning community around me! No more practicing all that boring stuff all alone!

A jock finds his inner artist. 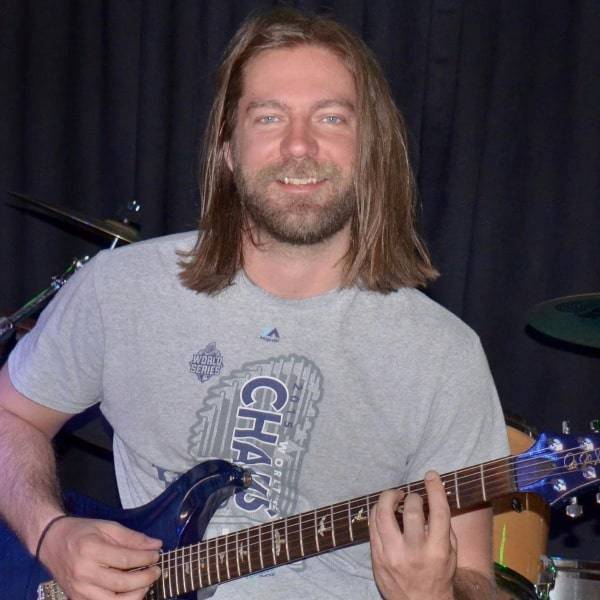 When I was younger I put most of my energy into playing sports. However, during the end of my senior year in high school I was looking for something else to do as a hobby. At the time, my sister was dating a guy that would bring over his guitar and play for her. I immediately wanted to get one of my own when I say him playing. So I bought a generic electric guitar and a cheap little amp. I have basically played everyday since. I remember being so excited to play, I would spend hours and hours playing after school just learning guitar riffs and solos from my favorite bands. I was blown away that all you had to do was look up tabs on the internet, and they showed you how to play these songs that I had loved for so long. I eventually studied music theory and took formal guitar lessons in college. Now I teach and play guitar for a living.

He was born to play, but the wrong teacher almost derailed him. 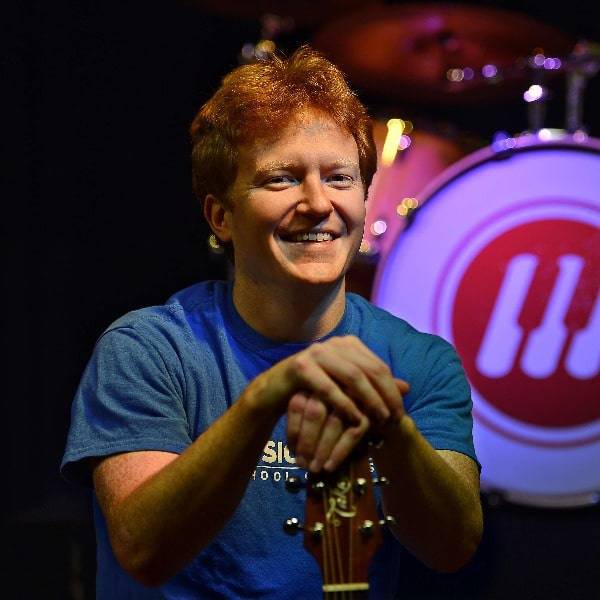 Since I can remember, I've always wanted to play the guitar. It had a lot to do with with growing up in the height of the grunge rock era in the 1990's. I begged my mom habitually for a guitar. She finally caved and gave me one as a Christmas present when I was 11 years old. However, I approached her a couple of months later about quitting the instrument. I had an instructor who was about 90 years old and he had an extremely traditional method of teaching. The problem was I wasn't inspired by playing 100 year old nursery rhyme music. I wanted to play like my heroes on MTV. Luckily, I had a good friend who was further along than me. He showed me how to play power chords (5 chords) and it seemed like instantly I was playing “Smells Like Teen Spirit” by Nirvana and “Glycerine” by Bush. Huge hits at the time. I caught the hook in a big way and 18 years later, here I am. Guitar is part of my identity.