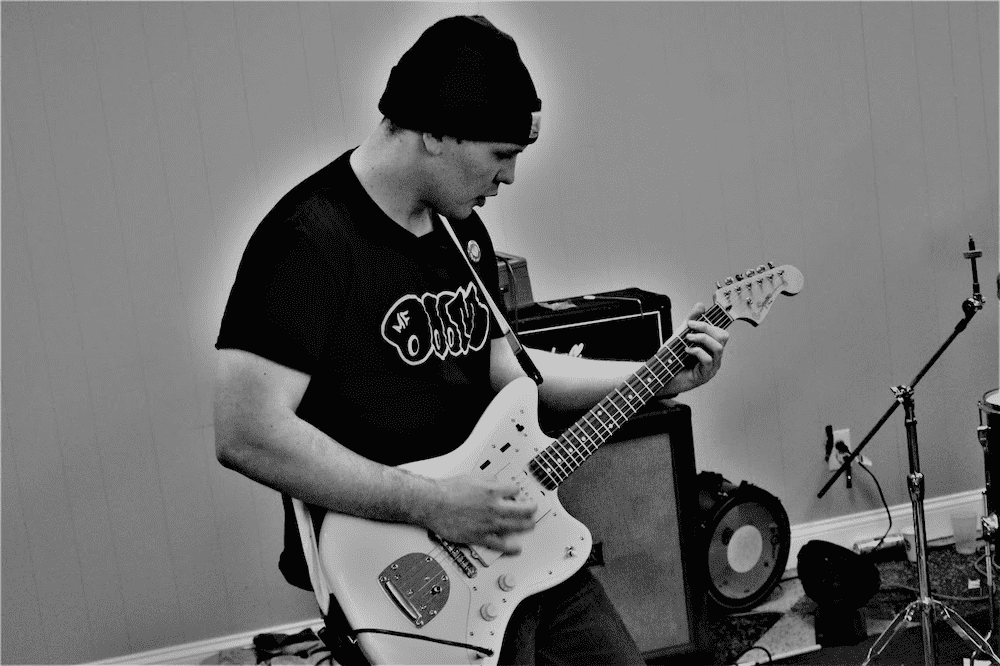 My main instrument is electric, I am the most comfortable with it due to having the most touring experience with that instrument.

Growing up in a musical household, guitar was thrown at me from an early age. Throughout my life, music was a reoccurring communicator to the outside world and myself. I learned guitar seriously right around 12 years old when 'Guitar Hero 2' came out when I saw how much guitar resonated with my peers. I wanted to be able to recreate the electricity I saw in others when they heard someone play their favorite songs on guitar.

In 2017 I was in a touring punk band called Out of Step. We played on a whim one night in St. Louis with a (at the time) up and coming band know as Freedom. We played “Can’t Tell No One” by negative approach and at first, I had thought Freedom had enjoyed it. They did but they included that was THEIR cover for this specific tour so we accidentally stole it from them. But all was good, the vocalist of the touring band said, “Well at least someone got to play that song”.

I was drawn to music house after I had bounced around from a couple of chain-like music schools. I liked how it felt like more of a community-driven school here at music house because it aligns with my teaching philosophy of music being the “greatest tool of communication between peers”.

Play everything like you are going to play live. That means play to a rhythm: be it a metronome, drumset or a YouTube video. Also don't be afraid to slow things down.