Getting to Know "Flight of the Raccoons"

Flight of the Raccoons may have a... unique name. But these kids were born ready to play music. They don't settle for less than good, and it's not often that one is able to to find their true focus so early on in life. With a name like Flight of the Raccoons, you don't know if you'll find them rummaging through your garbage or if they'll perform a face-melting solo. We think we might have an idea. Check out this band and stop by Music House School during Free Lesson Week from February 24-28 to see how you can benefit from learning an instrument. 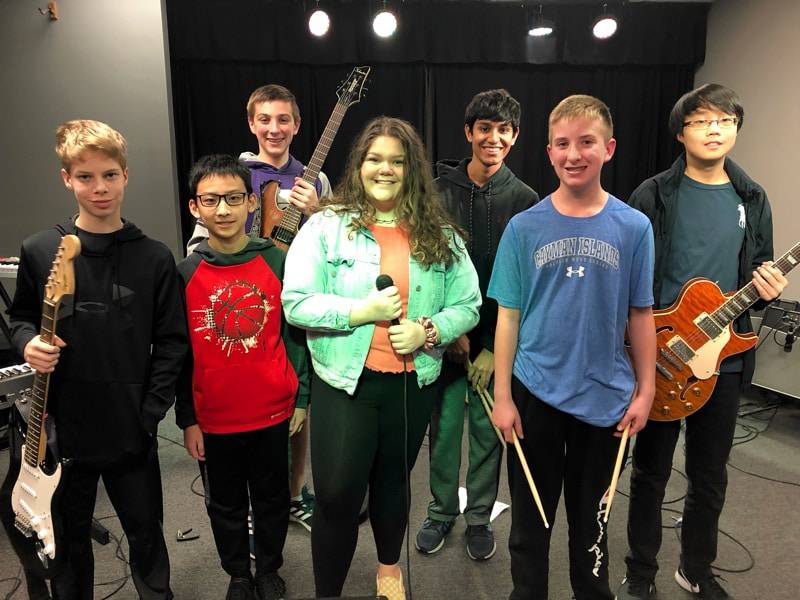 How did your band come up with that name? Tell the story.

Grayson: We sat in a circle to think of a band name and someone said how about something about a raccoon.

Arjun: We were just coming up with random words to find a band name.


How long have you been playing your instrument?

Evan: Four and a half.


If you could magically convince one famous musician, living or
dead, to join your band, who would it be?


Why is it so important for a musician to perform and collaborate with other musicians (as opposed to always just practicing alone)?

Arjun: So you can have friends.

Grayson: So you aren't anti-social and it gets you ready for the real world.

Evan: It’s important to know people so you don't end up being alone your whole life.

Aldric: To get inspiration and creative input from each other.


What is something you've learned from another musician in your band?

Grayson: Don't touch Evan's guitar. He will cut your hand off.

Evan: How to play "Crab Rave."

Arjun: I learned from Grayson not to be an idiot.


Describe the most excellent, memorable moment you've ever had with your band.

Evan: When we performed our first songs.


What do you guys do that's special – that you think sets you apart from all the Music House bands?

Grayson: We have the worst name for a band and we act insane.

Arjun: We get a new song like almost every day.

Evan: We all have a sparkle in our eye. And we have Grayson and Arjun in this band.


Imagine one of your friends takes private lessons somewhere (not at Music House). They tell you that they love music and wish they were as good as you, but they're getting bored with lessons and might quit. What advice would you give them?

Evan: Suck it up. Don't be bad. Keep practicing so you can get better.