You’ve read all the articles about learning a musical instrument, and you know that it is good, for both children and adults, in so many ways, to learn to play an instrument. Now you are ready to find a find a music school and jump in and get started. But how do you find a program you will be happy with? One that will keep you engaged, and not be boring.

Many children, and even adults, begin the journey of learning to play a musical instrument. If you ask a few of your friends if they learned to play, you will probably hear “I took piano lessons for a while, but I got bored and quit.” It’s a common thing. Students go into the lessons with visions of playing music they like to listen to, but find the reality of the lessons they are taking involves a lot of technique and theory, playing scales and reading notes. After a while, they even learn to memorize some classical pieces. But when someone says to them, “I hear you play the piano. Play something for me,” they are at a loss as to what to do. 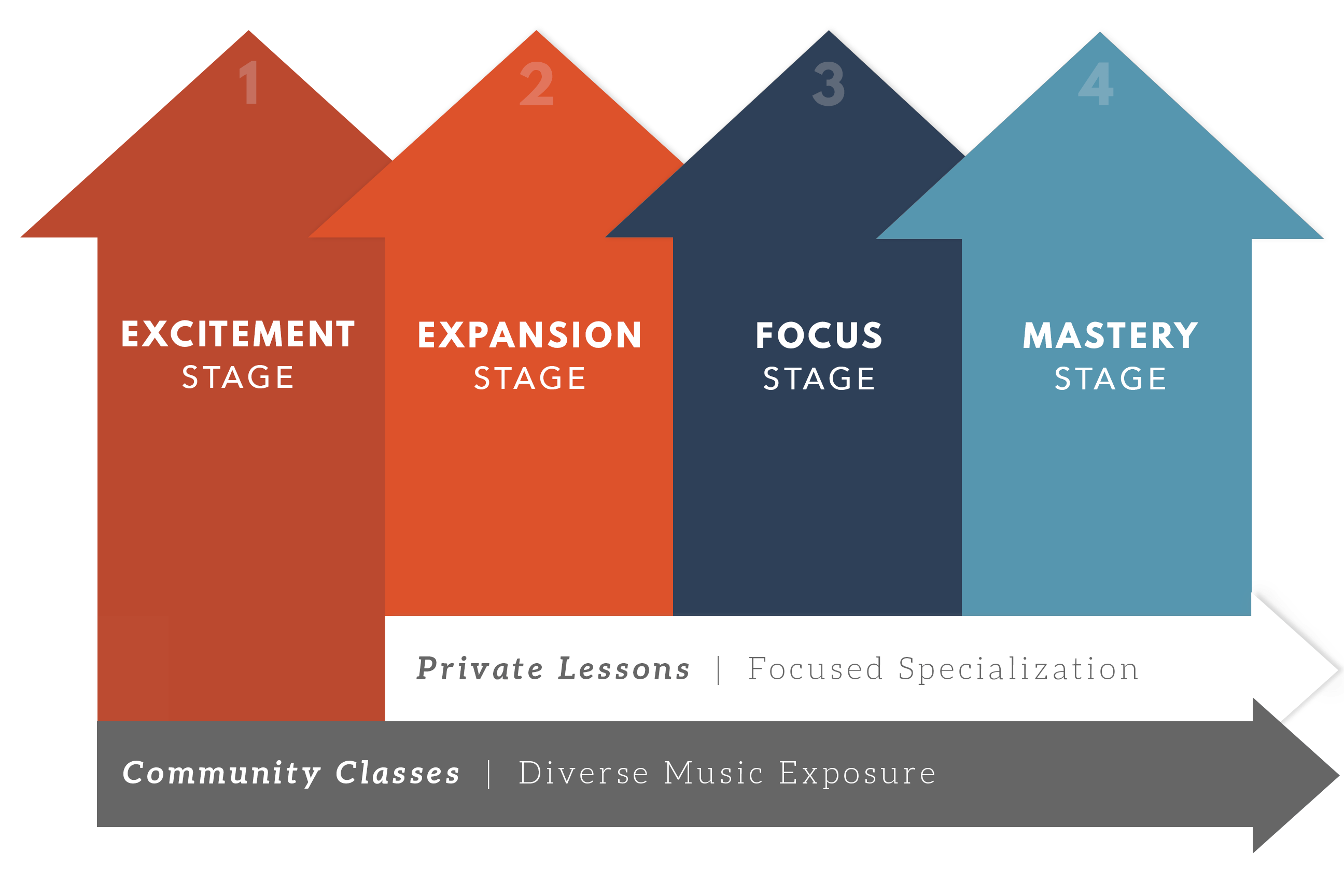 The problem isn’t that people don’t have the desire to learn, it’s that the methods commonly used to teach piano don’t fit with the student’s vision of “playing the piano."

But there is a better way. What if a piano program used songs you enjoy listening to, as the way to capture the excitement you feel when beginning your musical journey. Excitement is the fuel that will power you through the process of learning to play. And playing a song that you are excited about gives you a sense of accomplishment! The sooner a beginning student gets to that point, the more engaged they will be.

I recently watched a video clip of a Q & A with Billy Joel. He was asked a question about his first piano teacher. He answered by saying, and demonstrating, that he had gotten bored with the way he was being taught. Instead of practicing the piece as written, he figured out how the music was put together, using chords, and improvised his own music. He made up music that sounded like classical music, but was something he wrote, on the spot, by himself. But when he went back to his lesson, his teacher insisted that he play the music as written. Later, inspired by his love for current popular music, he used improvisation based on chords to become the piano legend he is today.

What if Billy Joel had stopped playing music because he was bored with the way it was taught? What a loss that would have been! The same thing applies to you or your child.You need a music program that can connect you to the music you love, and teach you how to play songs and improvise music, based on a chord structure and song form. By learning this, you learn not just one song, you learn how-to-learn to play songs.

You may wonder, “what about all the technique and note reading?” Don't you have to learn that too? That can all be included, as you continue in the learning process, but it doesn’t have to be the first thing, or the only thing you learn. It can be introduced organically, as part of the music you are learning. By keeping you engaged with the music you are playing, it will inspire you to keep adding more “tools” to help you be able to play more difficult songs. And that’s impossible to do if you already got bored and quit.

Are you looking for a music program that you can be excited about? One that will connect you to the music you play? Music House is a school that builds excitement by immediately applying new skills to the music the student already loves. Want more information? Call us at 913-562-4112. Visit us on the web at MusicHouseSchool.com.

Terri comes to Music House with extensive experience in business management. At Music House she spends her time working to make the client experience the best it can be.
Newest Stories
Related Stories
Tag List
Learn To Play Piano And Not Get Bored