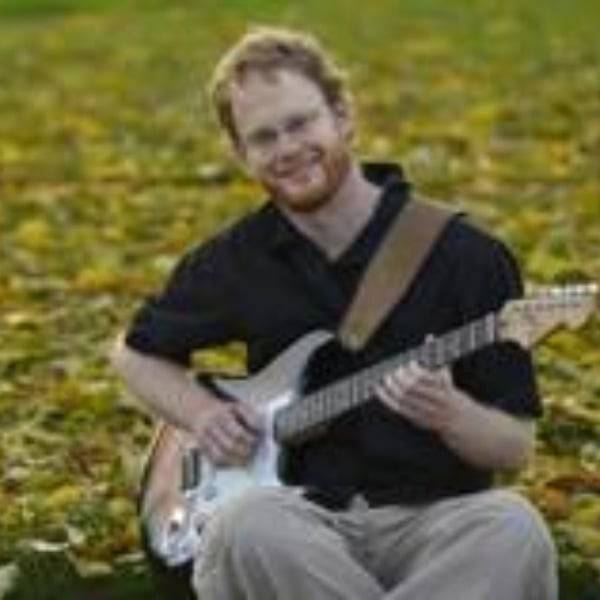 A veteran of many rock, funk & jazz bands from southern Illinois to the Colorado front range, Brian has a diversity of musical experiences that he loves to share with students and fans of all types of music. His mission as a teacher is to make sure his students never forget how exciting music can be. Brian has been playing music as long as he can remember. After gaining some experience on piano and trumpet he began playing guitar at the age of 13, adding bass guitar and upright bass at 17. He has been teaching professionally since 1999.

After graduating from Greenville University with a Bachelor’s Degree in Music he spent some time as a professional recording engineer in Fort Collins, CO. In 2005 he began teaching and performing music full-time. In 2008, he opened his own lessons academy in Loveland, CO, which he operated along with his wife until moving to the KC area and joining the Music House team in 2011. His hobbies include barbecue, martial arts movies, and building guitar effects.