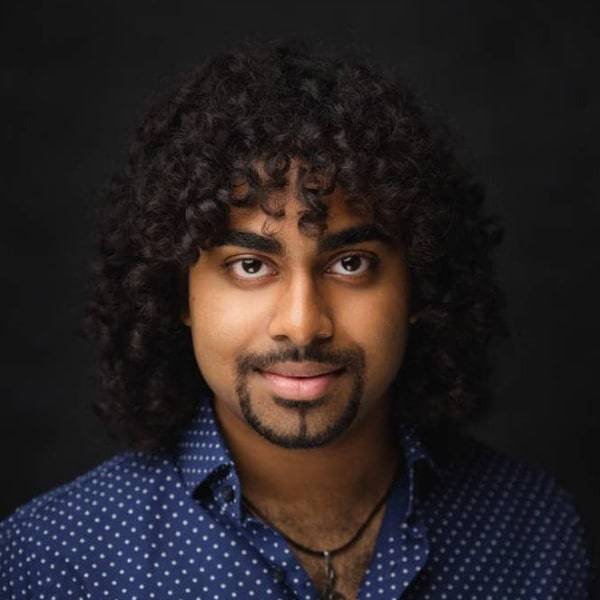 Vineel Garisa Mahal is a Texas raised, Indian-American, award winning vocalist, pianist, guitarist, songwriter, and voice teacher. He has served as adjunct voice faculty at New York University where he received his Post-Graduate Advanced Certificate in Vocal Pedagogy. He received his Bachelor’s of Music from Southern Methodist University and his Master’s of Music from University of North Texas, both in vocal performance. He has performed with several major opera companies including Fort Worth Opera and Cincinnati Opera, and made his Kennedy Center debut in collaboration with grammy-nominated artist Chandrika Tandon. He is equally well-versed in classical music, musical theatre, and pop/rock styles. Recent credits include Escapologist (Matilda) with Lux Performing Arts, Roderick (The Emperor and the Queen) a recorded opera project by Kamala Sankaram, Man 1 (Songs for a New World), Albert Herring (Albert Herring), El Gato (Wonderland) with NYU, Schoolmaster (Cunning Little Vixen), and Oronte (Alcina) with UNT Opera. Last holiday season, he was a vocalist in Hong Kong Disneyland, singing as a Christmas caroler and in the Holiday Wish-Come-True Tree Lighting Ceremony. Under the alias Elaichi, he has released original music which is available for streaming and purchase on most major music sites.