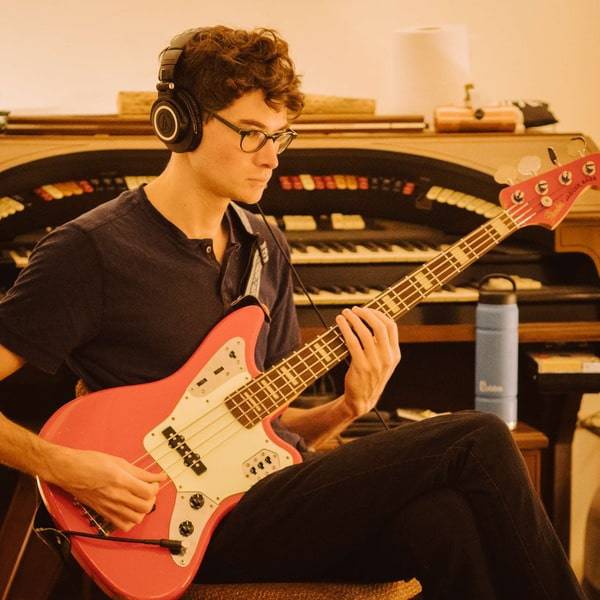 Joel Stratton’s love for music first blossomed as a young boy wheeling a comically large upright bass between fireside jam sessions at the Walnut Valley Bluegrass Festival in Winfield, KS. As he grew in stature, so too did his appetite for American music in its many forms. Joel graduated with a degree in Jazz Studies from UMKC, studying improvisation and composition with nationally renowned artists such as Bobby Watson and Bob Bowman. After several years of playing multiple nights a week at KC’s premiere jazz venues, Joel turned his sights to writing songs of his own, culminating in a 2019 EP titled All the Same under the moniker Tropic of Leo. He can currently be seen performing throughout the Midwest with folk-rock heartbreaker Daniel Gum.