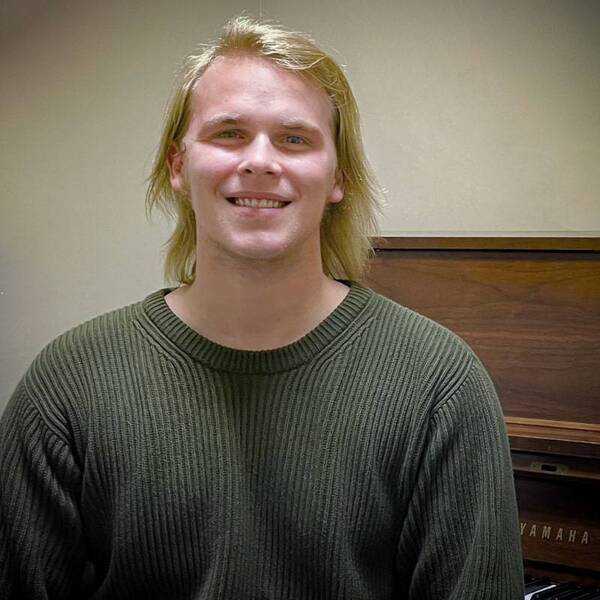 James Wiltfang is a pianist, educator, and performing artist. He’s formally trained in the classical piano repertoire, but has a passion for playing rock & jazz in his professional career. He studied piano at Northwest Missouri State and feels he learned not just from his professors, but also his peers. James has eclectic tastes. His favorite pianists range from Bill Evans to Billy Joel to Chick Corea to Elton John to Oscar Peterson. He’s a confessed “synthesizer nerd” who also loves bands like Tame Impala, Pond, Pink Floyd, and Led Zeppelin. Currently, he plays keyboards and Synth for The Moose and Saving Miles Lemon. Recently, The Moose played a show with one of their favorite bands of all time, Post Animal. You can check them out on Spotify and Apple Music.

Aside from music, James is a huge soccer fan. He’s played the sport his whole life and appreciates its cultural and communal elements. Like music, it represents the diversity and cooperation that happens between human beings.